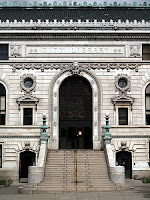 The party seems to be over world-wide and the debts are being called in. Those of you who pay attention to the news have heard the reports coming back from Greece, Italy, Spain... Europe in general of economic doom. There are those who mind-bogglingly think that even more government spending is the answer. The cliff is here and spend happy, loopy Europe is at the edge. Throw the usual mix politics, war and strife into the pot and you have the world today.

So it is not surprising to hear that here in the States and locally here in WMass that the economy is still slumping. No, President Obama, the private sector is not doing fine. Thanks to your policies it has declined steadily. Being an economic conservative people always assume that I have no compassion and I want to cut everything in sight. No, I want to spend our public monies wisely and not just score points with a public sector unions or to spend money on a needless projects. [Driven to Hadley lately? Near Atkins Farms? If you want to see a golden example of wasted money before your very eyes go there. Take a look at the round-a-bout which is being built. WTF?! Honestly?!]

I am a fiscal conservative but how can support libraries? You may want to ask that of me. Precisely to avoid the news that just came down that three Springfield Public Library branches are on the block. Springfield was in receivership not too long ago. That period helped the city somewhat. However, the damage which accrued over years of political machine waste and bad contracts left the city in a very bad position. So I am not going to fault the current mayor and city council for proposing this budget. Everything has to be put on the table. Honestly, it is the fault of the voters of the City of Springfield that those branches are on the block. Decades of voting for fiscally irresponsible politicians put those branches on the block. Look yourself in the mirror before casting blame.

Now the negotiating begins. Now the boosters need to go out and find support. Now those who utilize those library branches need to go plead their case. It never should have come to this but it has. It is what it is. I know the value of the public library system. I will mourn the loss of those branches if they are closed. Private funding can be found out there. Holyoke is refurbishing their library. Libraries are being built around the state. The will and the funding are there.  However, are those private donors willing to invest in Springfield? The task is out there now. Springfield needs to prove the case.

There is big point to this which I know a majority of the library boosters out there are going to miss. Let's just say those branches are saved through an outpouring of support. What is going to prevent this from happening again in the future? I looked at a selection of the proposed cuts. I think that the fire dept and police are getting whacked just as hard, perhaps harder. This was no frivolous choice to put those branches on the table. Yes, the city could be bailed out if the national economy picks up. Still though, the underlying problem in the city is still there. The city can't depend on handouts from the State to fund its budget.

Mayor Sarno blamed the city's budget woes on what he called the
triple negative forces of  reduced property tax revenues, a lack of
increased support from the state and an increase in non discretionary
spending.


That is one of my biggest pet peeves with all municipal government. You can't depend on State funding for everything! The budget needs to be sound before the aid comes in. That I truly have no faith in ever happening, but that is one of the core problems. The economy flags, the money is no longer trickling down from Heaven and the cuts have to be made.

It is possible to get those branches saved. Just make sure that it not just a temporary fix. If it is this problem will come back again.

The above quote was selected from this webpage article - http://wamc.org/post/springfield-budget-calls-job-cuts-library-closingshigher-fees