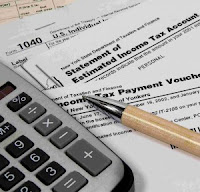 For we in the United Stated it is now tax season. Joy... Yeah, I know. Now many of you do your taxes online. Some go to a tax preparer. If you are like me and like to do your taxes yourself then obviously you need a few of the hundred million forms available. I used to go to a preparer and did them online for a few years, but honestly it was an unnecessary expense. The question is... where do you get the forms? For years the Post Office used to have all the forms available. Now that has been pretty much phased out (as I found out last year - I brought that one on myself). Sure, you could request the forms, but why wait. And maybe it just me, but I have no desire for any interaction with the IRS. I had to go to them for some old records a few years ago and it was creepy. It was like they are judging you and making notes which are going into a secret file. No... let's leave the IRS out of this equation.

What other public service institution can you go to for help? Of course, it is your local library. You would be surprised at the people who don't know this. Now it is important not to get to them too late in the season. As they say in the commercials - supplies are limited. Last year, I waited a little too long to get my forms and we'll I was making some phone calls, but I tracked down what I needed.

So be sure to push this little point to your friends who like to do their taxes on their own. There are people out there who just think that libraries are just books and no idea of the other services which are available to them.
Posted by Eric Baker at 10:09 AM