OK, I've been trying to steer away from the anti-digital stuff, but like Michael Corleone I always seem to get reeled back in. I've touched on this before, but I just wanted to touch on this a little more because I see this evolving paradigm stuff getting actively pushed by libraries on Facebook. It is just driving me nuts. Why continue to run full-speed into the gallows?

I understand that they see this trend as irreversible and they want to jump onto the correct side before it is too late. But it is like the bookstores selling e-readers. When stories (e-book is an aberrative term and I am going to officially discard the use on my site) can be downloaded from the Internet what is the point of the brick and mortar facility? The e-reader can simply be purchased at a spawn of Satan store like Target anyway.

Their collaboration and enabling of their own destruction is on a level of Neville Chamberlain's piece of paper. Their saying that there will always be books is their guaranteeing peace in our time. By actively saying that there needs to be accommodation for e-readers and digital stories is their act of betting against the book. As the ratio shifts more and more what are they going to do with all the free shelf space? I mean as budgets squeeze its quite obvious to me that this archaic thing called the book is going to get the axe. When I sign onto the local library from my smart-phone and rent access to the library server when I am actually going to walk into the damned building? Mark my words this is the Sudeten Crisis of the library as a public functioning institution.

Yes, I know I can borrow movies. Maybe get a tax form. But is that all the evolving library going to be? Is the library simply going to be a glorified Red Box dispenser? Just a few banks of computers? And if you think that won't happen... it already has! My beloved City of Springfield has already proposed it! And this is where I got into a little tiff with a library friend on Facebook. They said it was the future. They have to stay in the game and evolve.Yes, my friends, no books... just Internet access. I don't have to like it and I won't. Libraries were once centers of culture, massive public works projects and national treasures on the scale of the Library of Alexandria. Now I feel that I am writing their obituary.

I don't want to walk into a library without books in them!! The building will be just some starch-white anti-septic morgue. The future is not written in stone. The future is what you make of it. I hope that what I see is only what may happen and not necessarily what will happen. So go borrow a book while you still can. 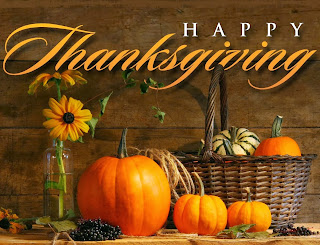 Hey there my loyal five readers! I want to wish you all a happy Thanksgiving! I appreciate the time you spend here reading and enjoying what I have to offer. Your support is what keeps me going.

To help contribute to the wonderful air of food, visiting friends, family and football here is a lovely video which I happened upon in my YouTube travels.

It is Russians Burning Kindles. It brought tears of joy to my eyes.

I suggest watching this in high definition. It adds to the beauty... :)

Posted by Eric Baker at 6:11 AM No comments:

Biblio-dō : The Way of the Book

A few weeks ago I was in a little online conversation. It was one of my book / e-book 'discussions' with a friend. No real need to summarize, but the topic of art came up. I was making the point that with e-books you will lose the artistic value that comprises a book. His retort was that you still have the cover art. While true (for now) the cover art is not the entirety of the artistic value of the book. Who knows what the future holds on that part. E-books are usually translations of real books or attempts by those who hope to have a real book published someday. What happens when the books are gone and authors simply write stories which are meant for e-readers? Will there still be cover art for non-existent covers? Besides, the cover of the book is just the first page. 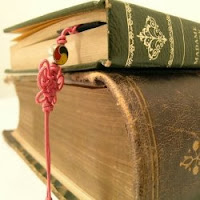 The artistic value of a book is far more than just cover-art. That is if the book even has cover art. Many books have amazing cover art and detailed illustrations. Some truly beautiful books are not graced by the flowing locks of Fabio. Some completely eschew the gaudiness of pop art and go with a stark font and say their title with direct authority.

The book is a three-dimensional object, not an abstract breakdown of ones and zeros. The book itself is worked and crafted. Many books draw the attention to the spine with a fantastic design. Others have their edges gilt. Others their covers embossed. The author (or more likely the publisher) has a plethora of ways to express themselves in their design.

Still though the plainest book still has the weight and feel of a book. It has the smell of a book. It can hold a real bookmark. It is a book. Even the cheapest, plainest, most drab and dullest of books still lays claim that it is a real book. It can be held with no chance of its batteries dying withholding its information or story due to failing technology. So the book need not be old or a collectors edition to be a work of art. That dog-eared, bruised and battered, aged and worn piece of literature still holds title to memories and tactile comfort.


'Book sniffing' it is something that maybe you've heard about. If you haven't then go and find out for yourself. For the longest time, I really thought that I was the only one who truly enjoyed sniffing that aroma. Then I made that connection and discovered that another too found that smell pleasurable. It was a special moment. I wasn't alone on that front. A couple years later the memes started floating around. There were more, we were a community. It was definitely another artistic aspect in the Way of the Book which many of us enjoy. 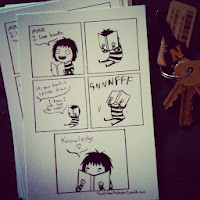 That is not where the artfulness book ends. There are other creative aspects which can be explored such as the presentation of the book and their strength in numbers. A coffee table with a book is a conversation starter. A book thrown at someone sitting at a coffee table is a conversation ender. See... art! Books lead to bookshelves onto book cases onto libraries then into museums. That is something which cannot be achieved digitally. Oh yes, the great selling point of the e-reader. I can store a million books in it! Wonderful, I'm happy for you. Can you read a million in a day? No. That is not art. There is art in walking up to your bookshelf. Enjoying the Feng-shui of how you arranged it. Being greeted by the pleasant aroma. Drawing your finger along the spines as you decide what you want to read. That is art. Scrolling through directories or inputting names into query functions is tedium.

So it is up to you. Do you want anti-septic and sterile or multi-faceted centuries-developed art in your hands? 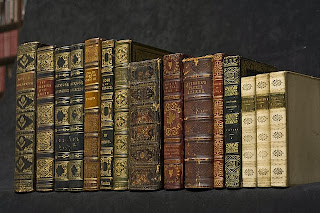 Note: The book sniffing comic is by SarahSeeAndersen.

Posted by Eric Baker at 7:42 AM No comments: